As part of our “Community of Generosity” campaign, every Tuesday during the month of December, we’ll be sharing stories of people whose lives were blessed by the ministry of Rolling Ridge.

There’s something that happens when Kent Harrop is out on the water. “My joke is that I’ll be driving with my family on vacation, and I’ll see a body of water, and I have this urge to pull over the car and get in,” says Kent. “I’m a Pisces and a Baptist,” he adds with a laugh. “So I’m a water person.”

Kent is also a people person. As a newly retired pastor, he’s been looking for ways to introduce people to the practices of spiritual life, as well as the joys of physical activity on the water. ‘Pray and Paddle’—a program offered through Rolling Ridge, which blends contemplation with canoeing or kayaking—has been his way to do just that.

This past year, Kent worked with our team to expand our Pray and Paddle season, from the occasional session to six dedicated paddling retreats, offered over the course of the summer. It was a risk: Kent wasn’t sure if his rather novel idea—water sports and spiritual exercises—would be of interest to anyone but him. Happily, he was quickly proved wrong.

“When we started,” said Kent, “we didn’t know if we’d have an audience for six sessions. By the middle of the season, we had a waiting list.” A third of the participants were new to Rolling Ridge; and a third again are under the age of forty. “That’s big for us,” says Kent. “Especially at a time when the number of people involved in organized religion is going down, particularly here in New England. Pray and Paddle is a way of engaging people who consider themselves ‘spiritual but not religious.’” He says that for this emerging demographic, a place like Rolling Ridge has something that really resonates. 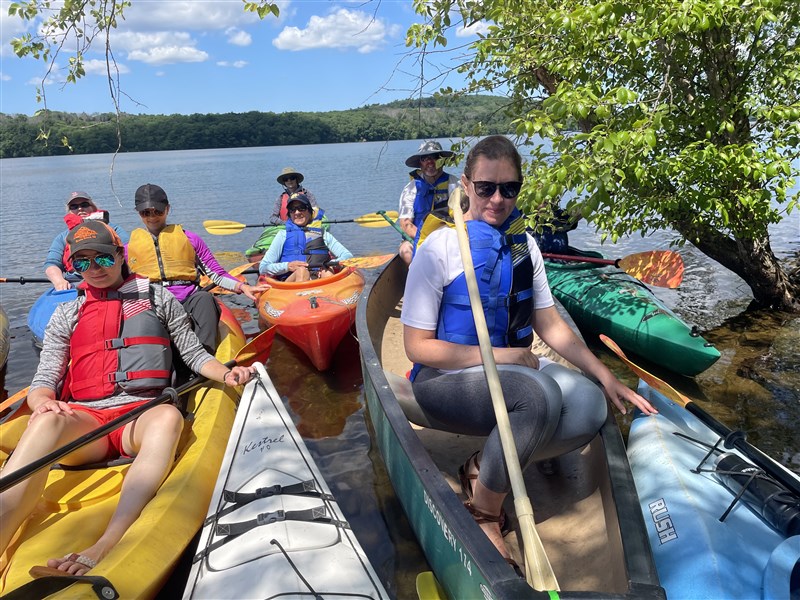 Finding an audience wasn’t the only problem, however. Kent’s vision for the ministry was held back by equipment. Many of the Ridge’s canoes and kayaks needed to be replaced, and the Personal Flotation Devices (‘life jackets,’ for the uninitiated) were reaching the end of their useful service.

Fortunately, Rolling Ridge was able to secure a generous gift from an anonymous donor, who supports the Ridge's eco-spiritual vision. New canoes and kayaks began appearing down at the waterline. The Ridge’s maintenance team added dry racks for the boats, safety stairs to the shore, and a handsome storage shed, to house brand new life jackets and paddles. “It was incredible,” said Kent. 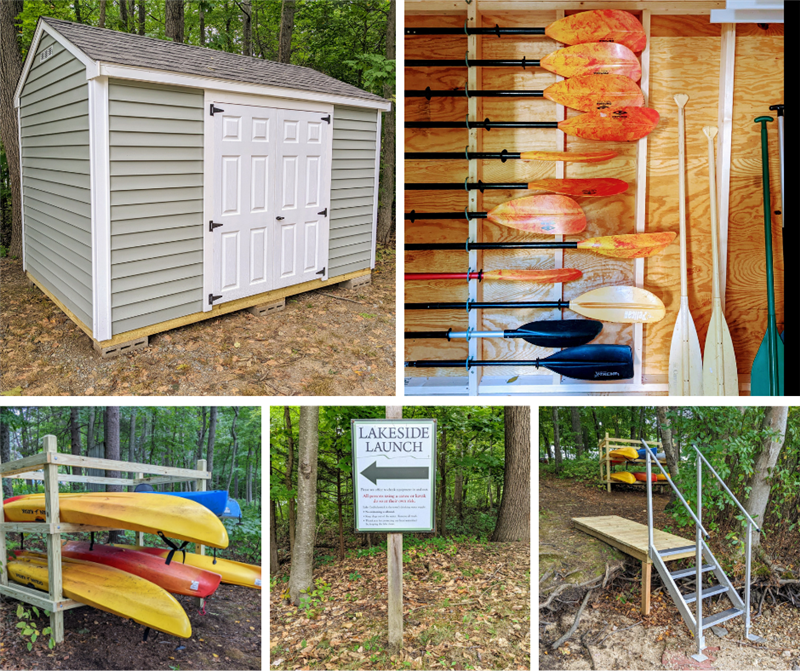 Equipment improvements, made possible
through the generosity of our donors.

And people began to come. They were drawn to the unique mix of contemplation and action—the joyful tranquility of paddling on Lake Cochichewick, a reservoir free of powerboats and overdevelopment, as well as the opportunity for inward repose and prayer. As they glide across the water, Kent leads the paddlers in a time of reflection, using Biblical texts and the writings of Thomas Merton, Mary Oliver, as well as other contemplatives. “It’s all about fostering quiet in nature,” Kent says. He often quotes his favorite passage of Scripture, found in Isaiah 55:3: “Listen and your soul will live.”

Over and over, participants reported that they have had a spiritual experience while out on the water. “People feel close to the Creator in the midst of creation,” says Kent. “The natural world becomes a place of profound meeting, and the silence creates the space for that meeting to happen.” 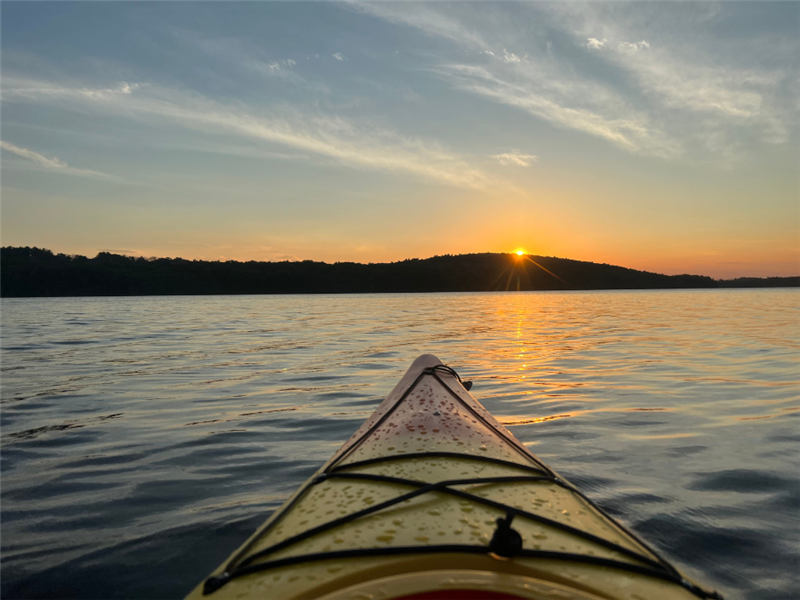 Through Pray and Paddle, Rolling Ridge is able to facilitate a meeting of divine pairings. It’s a ministry that brings together Creator and creation, movement and stillness, brand-new participants and ancient contemplative traditions. We’re able to offer to new audiences the gift of contemplation. It’s a gift made possible through the generosity of our community. Referring back to the critical donation that provided much-needed equipment, Ken said, “We could not have had a program that would have allowed for growth without it.”

If you would like to join our community of generosity, there’s still time to make a year-end gift to Rolling Ridge. To do that, simply click the button below, or write to us at 660 Great Pond Rd, North Andover, MA, 01810. And there’s still more ahead if you would like to join in. We ask Kent about his plans for next year. He cracked a smile, and said, “Oh, we’ll definitely be back.”

Peace and all good to you and your family during this holiday season, and for those that celebrate, have a very Merry Christmas.