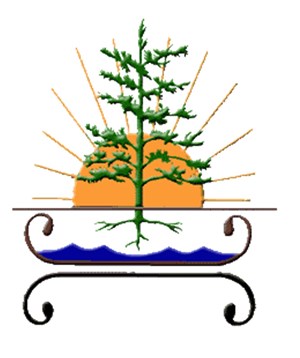 Before the Earth beneath our feet was called Rolling Ridge,
before there was the Commonwealth of Massachusetts,
before there was a North Andover, Andover, and Lake Cochichewick,
generations of Pennacook people,
an Algonquian-speaking tribe of the Wabanaki Confederacy
belonged to this land and considered it their home.
Today, we give thanks for their care and stewardship of this land.
We acknowledge that our forebears prospered
due to the appropriation of land
inhabited by people who were indigenous to this area.
We honor and respect the diverse indigenous peoples
still connected to this land,
represented today by the Cowasuck Band of the Pennacook Abenaki People.
For us and for them, we promise to retell our history honestly
and to work toward a community made whole. 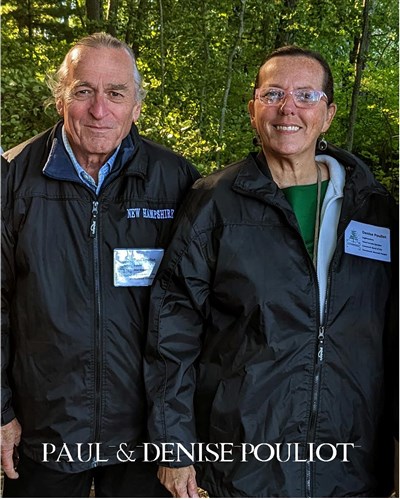 Chief speakers of the Cowasuck Band of the Pennacook Abenaki People. 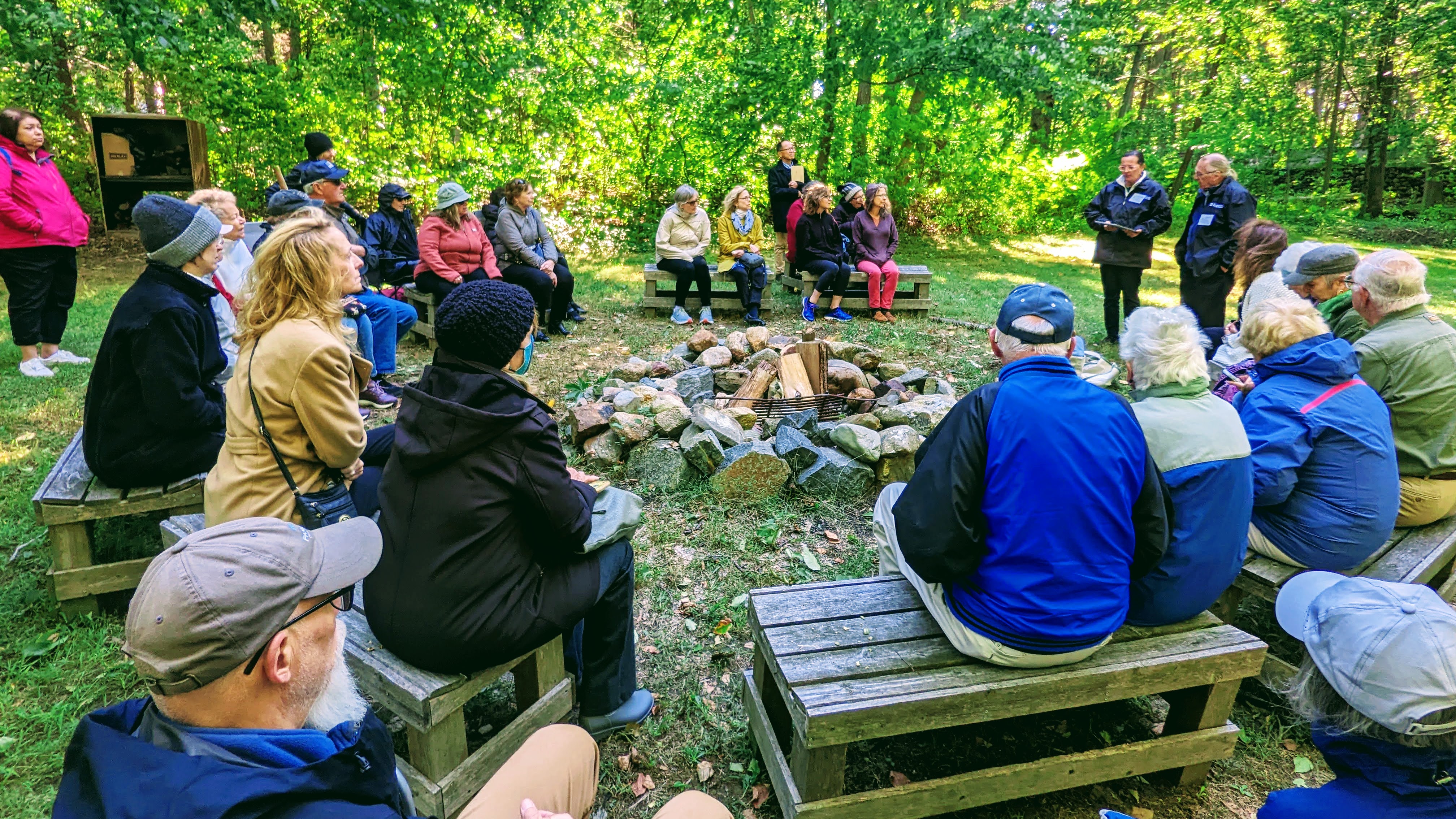 On Saturday, September 24th, Rolling Ridge partnered with the North Andover Historical Society and the Cowasuck Band of the Pennacook Abenaki People to celebrate our connection to the land as a community.  The howling wind changed some of our initial plans, but with the public proclamation of our Land Acknowledgement, insightful heartfelt stories of the history of the Pennacook people, and announcement of the new name of our island, it was a full and blessed day.

The name of the island off the Ridge peninsula is now named... 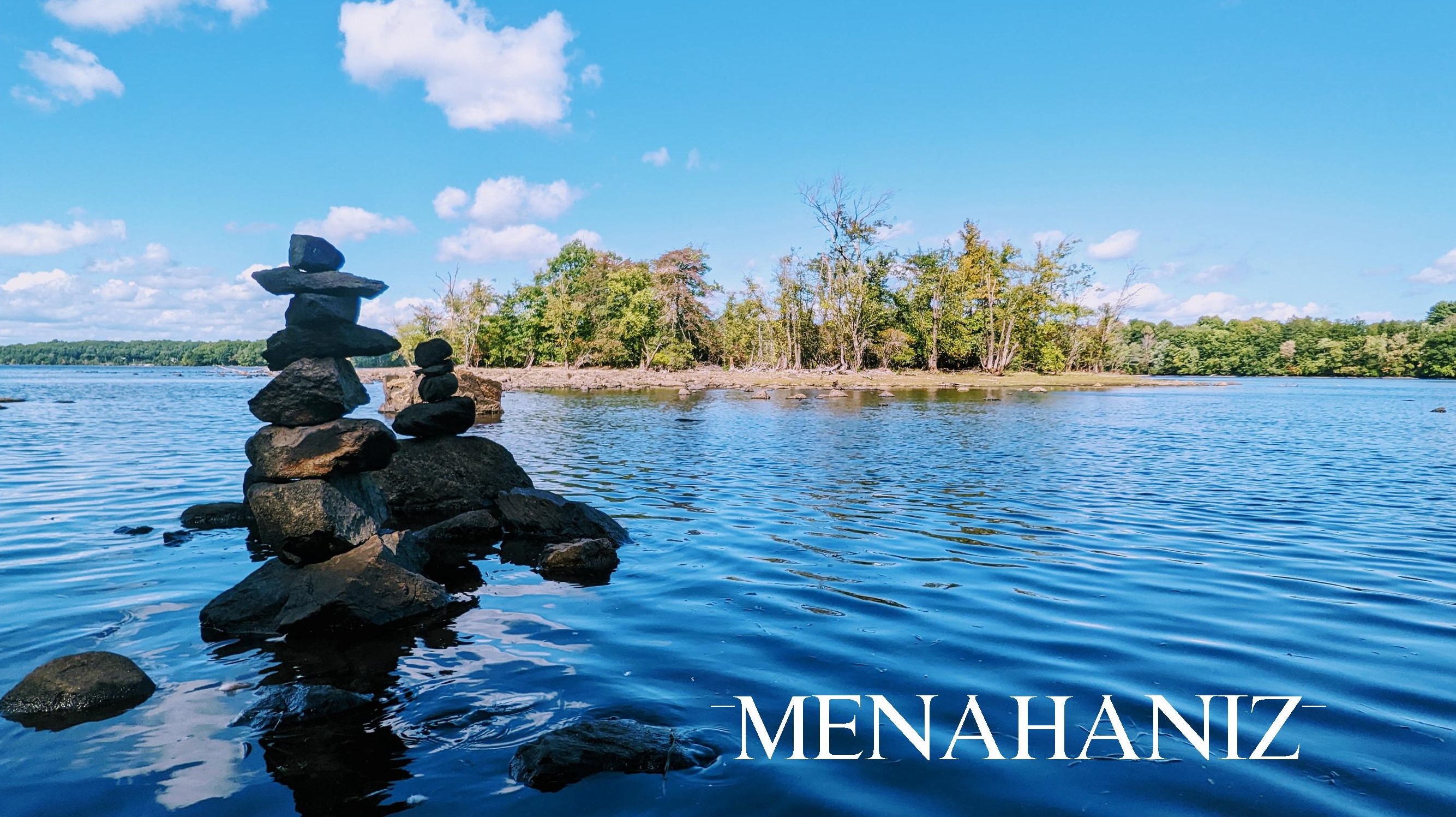 From the Pouliots we learned that in the Algonquin dialect, the language of the Pennacook Abenaki people "menahan" means "island" and "iz" means "small."   Thanks to all who voted, the "small island," which is the centerpiece view from the Lakeside Gallery Dining Room, is now officially named "Menahaniz" (pronounced "mena-ha-neez").  The naming of the island becomes one of the ways the Ridge will now be able to tell our story and our current connection to the Cowasuck and the historical connection with the Pennacook.

If you would like to make a donation to COWASS North America which supports the work of Paul and Denise in sharing about the history of the Indigenous People of New England and the efforts of the Cowasuck Band of the Pennacook-Abenaki People. Please click here.  One of their current efforts is to raise funds to purchase their tribal graveyard that is slated for a condo development.