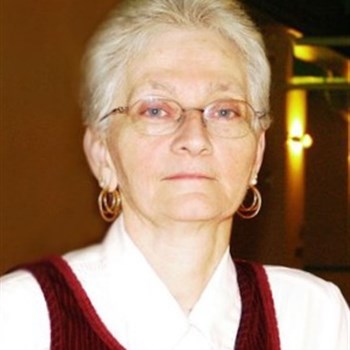 Dorothy Wright-Irwin was introduced to labyrinths by one of her professors at North Shore Community College, while at a five day convention in Vermont. There were three temporary labyrinths set up on the grounds for the attendees to explore. Dorothy found them to be both fascinating and energizing and walked them daily and oftentimes more. By the end of the convention she was determined to learn more about them. The following year she took several workshops on labyrinths, including how to build them. In her undergraduate studies at Lesley University, off site at Rolling Ridge, she completed several studies: The History of Labyrinths and The Process and Actual Building of a Labyrinth, which was finished in October 2002. Since then Dorothy has built several more including at a Senior Community Center in Atkinson, NH; Deer Isle, ME [private]; and Enfield, VT [private]. Dorothy also mentored a young man in No. Andover to build a labyrinth in order to earn his Eagle Scout badge.  She also provides paper copies of the Cretan style to students as tools for de-stressing, especially during exams and finals.
Dorothy earned her Bachelors Degree in the Healing Arts and her Masters Degree in Education from Lesley University. She is a Reiki Master Teacher, Compassionate Touch: for Those in Late Life Stages Practitioner/Teacher, and maintains her Care with Compassion private practice. In addition, she is a seascape, landscape and nature Artist. (www.CarewithCompassion.net)

7/23/2019 - Unearthing Self in the Midst of Chaos: A Labyrinth Day Apart Retreat